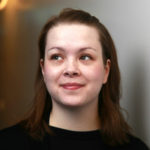 Introduction: Drug abuse has been a matter of concern worldwide due to the risks these substances pose to human health, and their connection to crime. Sewage epidemiology is a methodology used to assess illicit drug use where wastewater is considered a pooled urine sample of a population. This method enables a more timely and accurate estimation of the amount of abused drugs, compared with using current indirect survey methods.

Materials and methods: Sample collection took place in the spring and summer of 2016 and in the spring of 2017 from two wastewater treatment plants, Skerjafjarðarveita og Sundaveita, that contribute to the majority of the Reykjavík metropolitan area. Commonly used illicit drugs along with the abused prescription drug methylphenidate were quantified in the samples using UPLC-MS/MS and solid phase extraction. Further, compound concentrations were back-calculated to mg/day/1000 inhabitants.

Results: When seasonal trends were compared, the results show that amphetamine and MDMA use was higher during the summer of 2016 compared to spring 2016 and 2017. Increase in use during the summer time could be associated with a higher number of social events during that time. Cocaine use was lowest in the spring of 2016 but increased during the summer of 2016 and spring of 2017. The increase in cocaine use could possibly be explained by the improving economic status in Iceland and therefore changes in patterns of use. Methylphenidate use was highest in the spring of 2016 but decreased in later samples. Minimal seasonal changes were observed for methamphetamine and cannabis. Weekly trends were observed for MDMA, amphetamine and cocaine with higher use during the weekend. This is in accordance with known recreational use of these chemicals.

Conclusion: The results show that this methodology can produce rapid and detailed information on illicit drug use in a defined area in Iceland.