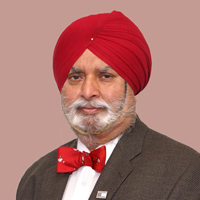 Dr. Jag Khalsa, with 50+ years of experience in drug research, serves as the Chief of the Medical Consequences Branch, National Institute on Drug Abuse, NIH, DHHS; is responsible for developing/administering a national and international program of clinical research on medical and health consequences of drug abuse and co-occurring infections (HIV, HCV, and others).

Prior to joining NIDA in 1987, he served for ~10 yrs as a pharmacologist/toxicologist assessing safety (carcinogenic/teratogenic) potential of chemicals [INDs/NDAs] and food additives) and clinical evaluator at FDA.

He has published in pharmacology, toxicology, epidemiology and medical journals. He serves on editorial boards of Journals of Addiction Medicine, Research on HIV/AIDS and Palliative Care, Frontiers of Neuroscience, and Clinical Infectious Diseases. He also serves on numerous Federal and NIH level committees including the HHS Viral Hepatitis Implementation Group (VHIG), National Commission on Digestive Diseases and its two sub-committees (Liver Research, Diabetes Research), Federal Task Force on TB, NIH Steering Committee on Centers for AIDS Research, and Human Microbiome Workgroup. He has received distinguished service awards from the FDA Commissioner, NIDA and NIH Directors, Society of Neuro-Immune-Pharmacology (SNIP), Life Time Achievement Awards from SNIP and International Conference on Molecular Medicine (India) and MIT, India; a commendation from the US Congress, Awards of Merit from the International Society of Addiction Medicine (ISAM), the President of the American Society of Addiction Medicine (ASAM), and a Certificate of Appreciation from the Office of Assistant Secretary for Health (Drs. Howard Koh and Ron Valdiserri), DHHS.

As if we did not have enough medical/psychosocial problems with the use of cannabis, now we have an emerging problem of use of synthetic smokable cannabinoids such as Spice, K2 etc., that are widely available via the internet despite increasing legal restrictions. Spice is generally used to describe the diverse types of herbal blends that encompass several types of synthetic cannabinoids on the market. They are becoming increasingly popular in adolescents, students and clubbers as an abused substance with an estimated prevalence of 2-10% as compared to 1% in the general population. Relatively high incidence of adverse effects associated with synthetic cannabinoids use has been documented in the literature. This presentation will review the available data on the use of synthetic cannabinoids and associated medical consequences. Published data show that the major adverse consequences reported include: cardiovascular events (MI, ischemic stroke, emboli), acute kidney injury, generalized tonic-clonic seizures, psychiatric complications such as psychosis, paranoia, self-harm/suicide ideation, hyperemesis, and fatalities. This presentation will also discuss current research at NIDA and funding opportunities available at NIDA.