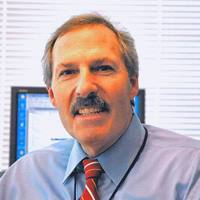 Tobacco smoking is the leading cause of preventable death in many developed countries.  Nicotine replacement therapy (NRT) medications can double an individual’s chances of quitting but relapse is frequent. The majority of NRT medications have a slow onset of action.  It has been suggested that three attributes for a successful NRT product are: 1) the method should be safe and easy to use; 2) specific doses should be accurately and reproducibly delivered; and 3) the pharmacokinetics should resemble those of cigarette smoking (Pomerleau et al., Annals of Behavioral Medicine, 1989). Although most NRT meet the first two criteria, it is only recently that transmucosal and pulmonary delivery devices of nicotine approximate the delivery of nicotine via cigarettes. Whether more rapid nicotine delivery will be equivalent or superior to slower- onset NRTs is an empirical question. Examples of transmucosal and pulmonary delivery devices, including e-cigarettes, will be given. A second approach to the development of novel medications to facilitate smoking cessation is the development of novel nicotinic acetylcholine receptor partial agonists and antagonists.  In this regard, it is noted that bupropion has been reported to be a nicotinic receptor antagonist (Slemmer et al., JPET, 2000; Damaj et al., JPET, 2010).   A third approach seeks to capitalize on results from preclinical studies of pharmacological modulation of the circuitry underlying nicotine withdrawal and prevention of relapse by blockade of cue-induced, priming-induced, and stress-induced reinstatement of nicotine self-administration.  Ligands that alter dopaminergic, glutamatergic, and GABA-ergic neuronal systems to modulate the effects of nicotine are the primary focus of these types of studies.