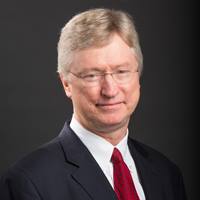 Dr. Patrick O’Connor is a Dan Adams and Amanda Adams Professor of General Medicine
and Chief of General Internal Medicine at Yale University School of Medicine and Yale-New
Haven Hospital in New Haven, Connecticut. Dr. O’Connor came to Yale as a fellow in the Robert
Wood Johnson Clinical Scholars Program during which time he also received a M.P.H. from the
Yale School of Public Health. As Chief of General Internal Medicine at Yale he led several new
initiatives in patient care, education, and research and has overseen a 3-fold expansion in the size
of the faculty and 10-fold increase in research funding.

Dr. O’Connor’s research has focused on the interface between primary care and addiction
medicine. Specific topics within his research area have included: 1) the integration of primary
care and substance use disorder treatment services, 2) strategies for primary care-based opioid
detoxification and opioid maintenance for the treatment of opioid use disorder, 3) strategies for
managing unhealthy alcohol use and alcohol use disorder in primary care settings, 4) medical
education about addiction, and 5) addiction health policy. He has written over 200 scientific papers
on these topics and his work has been published in leading medical journals including The New
England Journal of Medicine, and JAMA. Among these publications is the first randomized trial
of buprenorphine in primary care. More recently, he served as an author on Facing Addiction in
America. The Surgeon General’s Report on Alcohol, Drugs, and Health. His research has been
funded through the receipt of numerous grants from the NIH, other federal agencies, and from
foundations. He has also collaborated with federal agencies such as The White House Office on
Drug Control Policy and with addiction-focused organizations in academia and the private sector.

As Yale’s Chief of General Internal Medicine, Dr. O’Connor has recruited several leading
clinical investigators whose work focuses on critical topics in health outcomes and health services
research on issues such as cancer, cardiovascular disease, HIV, stroke, health disparities, and
patient safety. His faculty includes several physician-investigators and clinician educators whose
work focuses on addiction and he has established The Yale Program in Addiction Medicine. He
is also the Co-PI on two NIDA-funded career development programs: The Yale Drug use,
Addiction, and HIV Research Scholars (DAHRS) program, and The Research in Addiction
Medicine Scholars (RAMS) Program.

In the area of addiction medicine, Dr. O’Connor has received numerous national honors for
his efforts in research, education, and patient care. He is Immediate Past President of the American
Board of Addiction Medicine (ABAM) and the Addiction Medicine Foundation (TAMF), PastPresident
of the Association for Medical Research and Education in Substance Abuse (AMERSA)
and is a member of the new Addiction Medicine Examination Committee for the American Board
of Preventive Medicine. As Chief of the Section of General Internal Medicine at Yale he was
recognized with his receipt of the first annual Chief’s Recognition Award from the Society of
General Internal Medicine (SGIM) and the Association of Chiefs of General Internal Medicine
(ACGIM). He will receive the McGovern Award from AMERSA in November 2017.